Who are the women entrepreneurs in the bible? In fact, some women in the bible were more than housewives, they were risk takers and business owners. Therefore, they’ve created true riches or wealth or generations wealth for their families.

Disclaimer: Some of the links in this post are affiliate links or Amazon affiliate links meaning that if you click through & make a purchase, I will receive a small commission at no extra cost to you. Thank you for your support!

Were their Women Entrepreneurs in the Bible During Biblical Days?

During the biblical times women roles were different but it was some women entrepreneurs in the bible. Despite everything that going on in the world today, we can still learn from stories in the bible of successful businesswomen.

Furthermore, in this article, we are going to use the wisdom and gifts of women in the bible to start a life as successful businesswomen. On the other hand, we are going to reflect on their stories to learn as Christian entrepreneurs women operating Kingdom Business in the world today.

What were Women Roles as Entrepreneurs in the Bible?

Who Are the Women Entrepreneurs in the Bible?

One of the most famous woman entrepreneurs in the bible is the Proverbs 31 woman. Besides being a faithful submissive wife she was honor for her generosity, pure heart, good deeds and hard work. With all honesty she is the woman that all women over the world honor and strives to be.

For her price is far above rubies or diamonds. Because of her wisdom with money, she had her own property, a vineyard (v. 16), and she was business savvy (v.24). She is a strong woman (v.17) who thinks ahead of the game (v.18, 21). To tell the truth, her hard work and preparation for her family, if hardship struck, she would not be taken by surprise and left destitute (v.25).

The Widow Woman at Zarephath in the Bible

Whichever happens or whatever happens, this woman was about to die or starve to death but she did a simple act of faith. Nevertheless, the prophet Elijah showed up at her home in her time of need. Surprising, the prophet asked for more than what she could give or have. Elijah asks her for a piece of bread, and the destitute widow invites him to her home where she uses her last bit of flour and oil to bake for him. The prophet then tells the woman and assures them that their supplies of flour and oil will never be diminished.

1 Kings 17:12 12 “As surely as the Lord your God lives,” she replied, “I don’t have any bread—only a handful of flour in a jar and a little olive oil in a jug. I am gathering a few sticks to take home and make a meal for myself and my son, that we may eat it—and die.”

The Bible tells us that the widow woman went away and did exactly what Elijah had asked her to do; she took the last of her flour and oil and made bread for Elijah to eat. What is more astonishing is the fact, that the widow trusted God during a famine in her life. Actually, at this point she had no choice but to believe the prophet Elijah and have faith that God will provide for her and her son.

Not to mention that her son had recently died of starvation, so what did she do next? Of course, she listened to the voice of God, obeyed the prophet and made him bread out of her last handful of flour. Accordingly, to the bible her life takes on a sudden dramatic change after that. Her cup was filled with overflow, she never went without. After that act of faith, Elijah raised her son from the dead and she became of the most wealthiest woman entrepreneurs in the bible. As a final point, she sowed a seed, gave her last to God and He blessed her beyond her life could ever endure.

We All Love Ruth in the Bible

The book tells of Ruth accepting the God of the Israelites as her God and the Israelite people as her own. In Ruth 1:16–17, Ruth tells Naomi, her Israelite mother-in-law, “Where you go I will go, and where you stay I will stay. Your people will be my people and your God my God.

Granting (that) Ruth teaches us the importance of being loyal, committed, faithful and patient. Above all, the blessings that God gave her for being so kind-hearted and humble. Even more inspiriting, Jesus Christ gave her a second chance at life of redemption. Indeed, she was always leaving food for the less fortune and her mother in law.

It’s a love story that we can never forget about women entrepreneurs in the bible. Boaz took notice of Ruth, her good deeds, her faith in God with providing for her and the way she cared for mother in law Naomi.

We all Strive to Be Seen & Known by Our Boaz

Ruth 2:11-12: Boaz answered her, “All that you have done for your mother-in-law since the death of your husband has been fully told to me, and how you left your father and mother and your native land and came to a people that you did not know before. The LORD repay you for what you have done, and a full reward be given you by the LORD, the God of Israel, under whose wings you have come to take refuge!”

Let alone, Ruth believed in God but a miraculous thing happened unexpected in her life. In that place of faith, God made the impossible happen in life, he took a poor woman and made her into something beyond words could explain. The Lord healed, a broken hearted woman who was an outcast, and brought her a love with of a faithful, Kingdom man of God known as Boaz.

Matthew 15:21-28, Ruth acknowledges that she does not deserve Boaz’s favor because she is a stranger. Like Christ, Boaz blesses her with his favor and protection. Ruth is rewarded for her dedication by an invitation to eat with Boaz and become his wife.

You Cannot Forget About Dorcas

As a result, Dorcas was an old widow but she was another woman entrepreneurs in the bible. Under those circumstances, she spend her time doing good works and ‘acts of charity’ to other widows in the bible. For the purpose of good deeds as an entrepreneur who made clothing, coats and garments for the church, young women and the poor with her hands to help people in need.

Acts 9:36 says that Dorcas “was always doing good and helping the poor.” What good things do you think she did to help the poor? Many widows came to Dorcas’ house and showed the disciples the clothes that Dorcas had made for them.

People Loved Dorcas So Much That Peter Raised Her From Dead

With this in mind, people loved her so much that when she became ill and they showed great sorrow it was devastating to them. For this reason, it was such a heartbreaking experience for the women. So much (so) that, the women were so sad, they petitioned Peter to raise her from the dead. When she was raised from the dead a great revival took place.

In either event in your life, how many of you, would like to be raised from dead because people loved you so much? Or do you have faith that God will provide for you like He did with the widow woman in Zarephath? After this, it should pushed you towards your destiny in life to become the woman that God created you be and become one of the women entrepreneurs in the bible.

To get back to the point, you should feel like God is pushing you or calling you higher in life. Simply, you can do that by creating a business plan or vision to help you find your purpose in life. Subsequently, you can go through redemption like Ruth, anything is possible with God on your side. Remember, no matter where you come from or what you’ve been through, God has a plan for you that far surpasses all of that. To conclude with, you will become one of the women entrepreneurs in the bible. 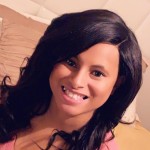 Christy Sanderson, the charismatic yet virtuous award-winning author, entrepreneur, public speaker, and founder of Glory Nation, is helping women find a purpose in life and get closer to Jesus Christ. She is a woman of God who has devoted her life in the service of the first six letters of her name, Christ, the Almighty.

Glory Nation is led by the mighty spiritual and inspirational disciple of God — Christy Sanderson.

Christy Sanderson is an Award Winning Author, Award Winning Entrepreneur of the year, and Public Speaker. She has a Bachelor's in Early Childhood Education, Master's in Special Education and she is an Educator!!! She has authored five other books, Woman of God Who Did God Create You To Be, From Nothing into the Woman of God: Spiritual Life, Woman of God Stop Looking for Love, God's Kingdom: Spiritual & Wealth Motivation and From Nothing into the Woman of God part 2. Christy has been featured on the cover of UBAWA Magazine, and several radio interviews. She was once a Co-Host on the Digital Breeze radio show in Atlanta, Georgia. At the young age of 23, Christy fully committed herself to God, letting Him take total control of her life, and started her own ministry, Glory Nation. Her life purpose is to experience and share God's Glory, to fulfill God's promises, and to help others become closer to Jesus Christ to find their life purpose.

Single Mothers Forgive Yourself For Past Mistakes

How to Hear God Voice to Make the Right Decision?

Helping Your Child Cope With Grief

Christy Sanderson, the charismatic yet virtuous award-winning author, entrepreneur, public speaker, and founder of Glory Nation, is helping women find a purpose in life and get closer to Jesus Christ.

Disclaimer: Some of the links in the posts or on the website are Amazon affiliate links, or other affiliate links, meaning that if you click through & make a purchase, I will receive a small commission at no extra cost to you. Thank you for your support!

Get Our FREE GIFTS HERE!!!

Get Our FREE eBook

We use cookies on our website to give you the most relevant experience by remembering your preferences and repeat visits. By clicking “Accept All”, you consent to the use of ALL the cookies. However, you may visit "Cookie Settings" to provide a controlled consent.
Cookie SettingsAccept All
Manage consent

This website uses cookies to improve your experience while you navigate through the website. Out of these, the cookies that are categorized as necessary are stored on your browser as they are essential for the working of basic functionalities of the website. We also use third-party cookies that help us analyze and understand how you use this website. These cookies will be stored in your browser only with your consent. You also have the option to opt-out of these cookies. But opting out of some of these cookies may affect your browsing experience.
Necessary Always Enabled
Necessary cookies are absolutely essential for the website to function properly. This category only includes cookies that ensures basic functionalities and security features of the website. These cookies do not store any personal information.
Non-necessary
Any cookies that may not be particularly necessary for the website to function and is used specifically to collect user personal data via analytics, ads, other embedded contents are termed as non-necessary cookies. It is mandatory to procure user consent prior to running these cookies on your website.
SAVE & ACCEPT
%d bloggers like this: